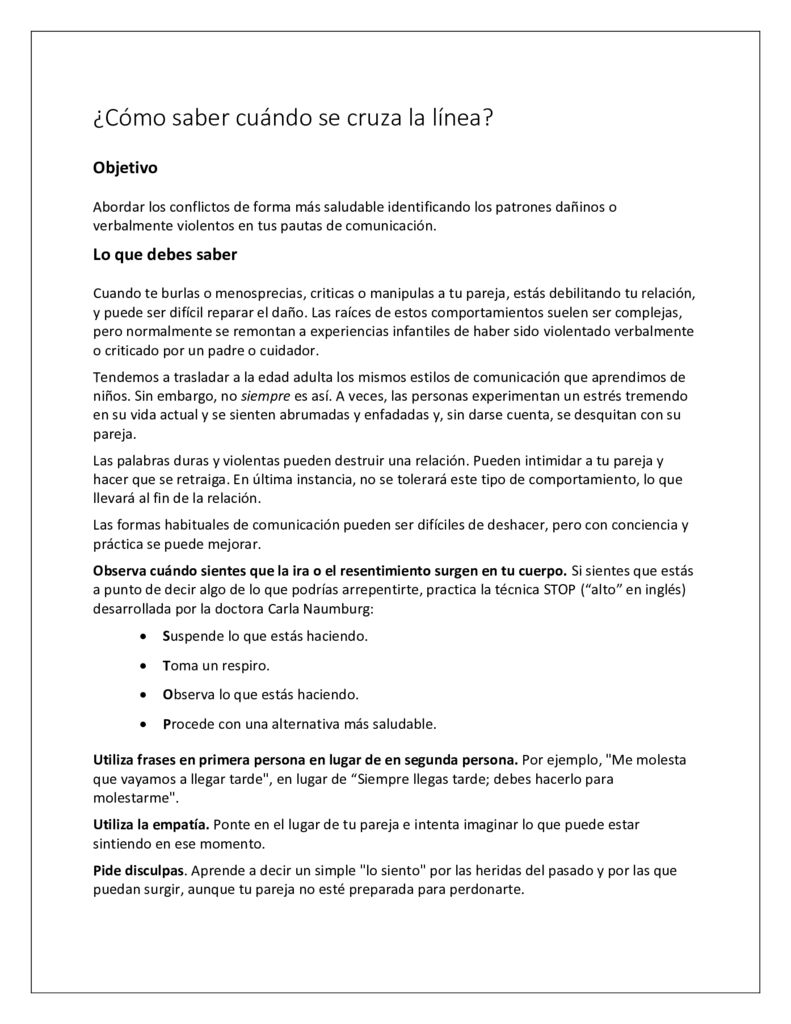 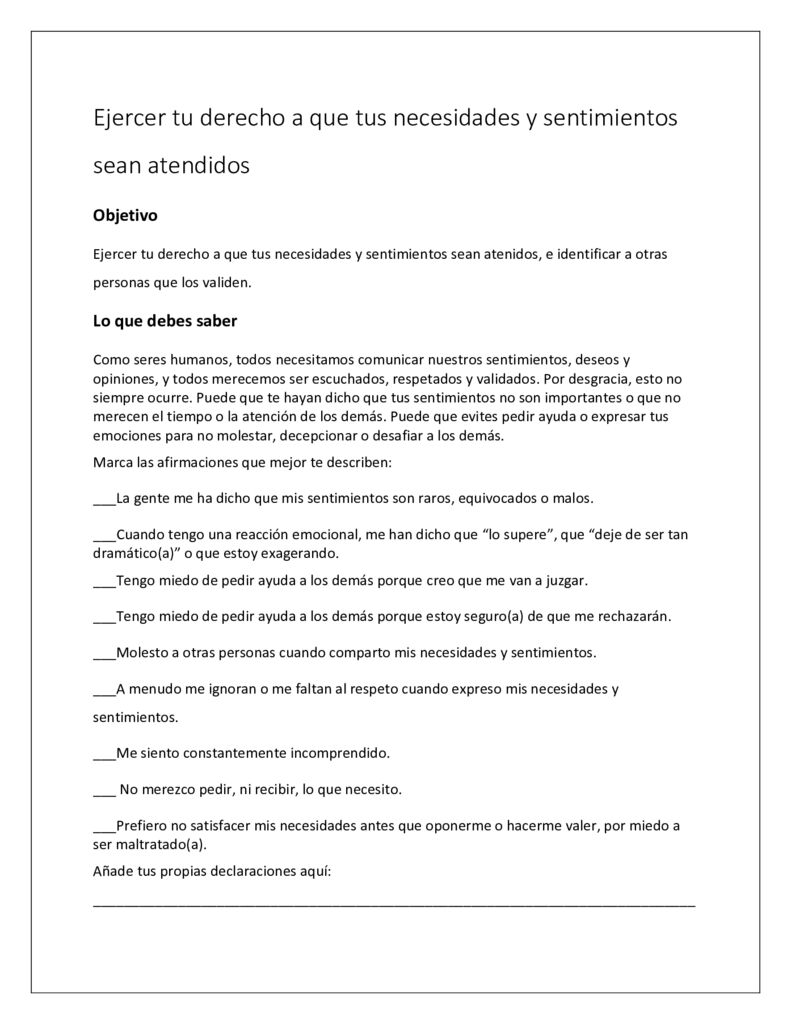 Exercising your rights to your needs and feelings (Spanish)

This form is designed to help exercise your rights to your needs and feelings, and identify others who will validate them. 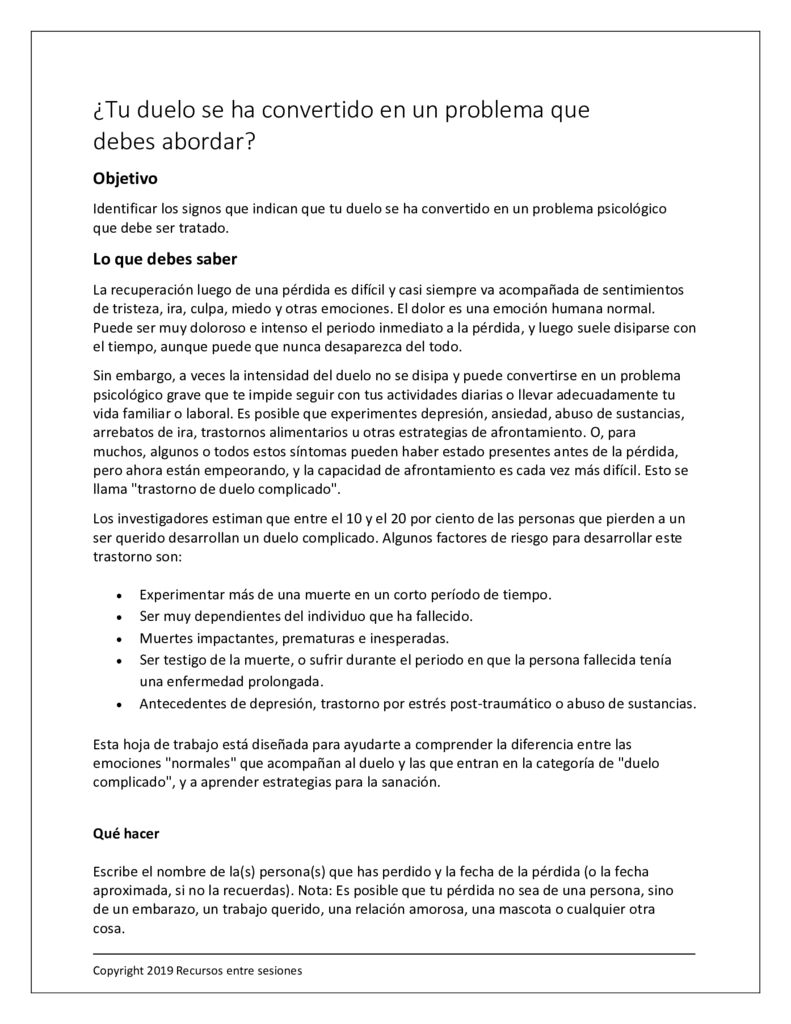 Has Your Grief Turned Into a Problem You Need to Address? (Spanish)

Has Your Grief Turned Into a Problem You Need to Address? (Spanish) 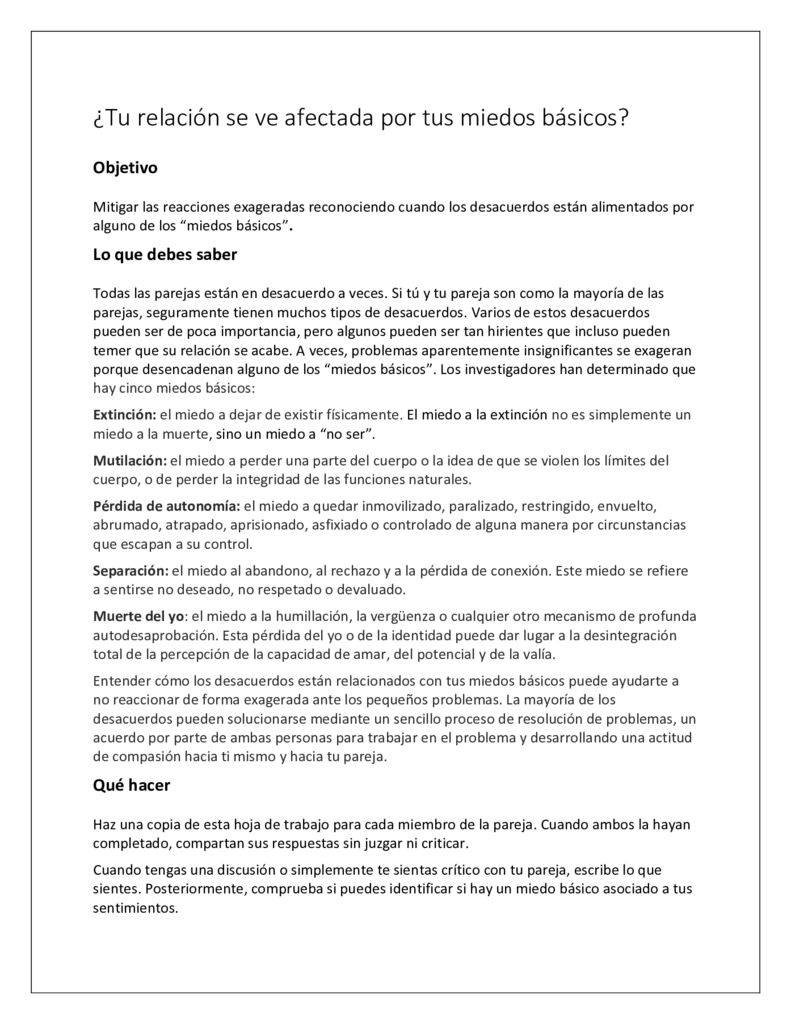 Is Your Relationship Affected by Your Deep-Seated Fears? (Spanish)

This worksheet is designed to help people recognize when disagreements are fueled by their deep-seated fears. People are asked to write down situations when a disagreement occurs and note associated triggers, feelings, and fears. (relationships, couples therapy, marriage, 0418) 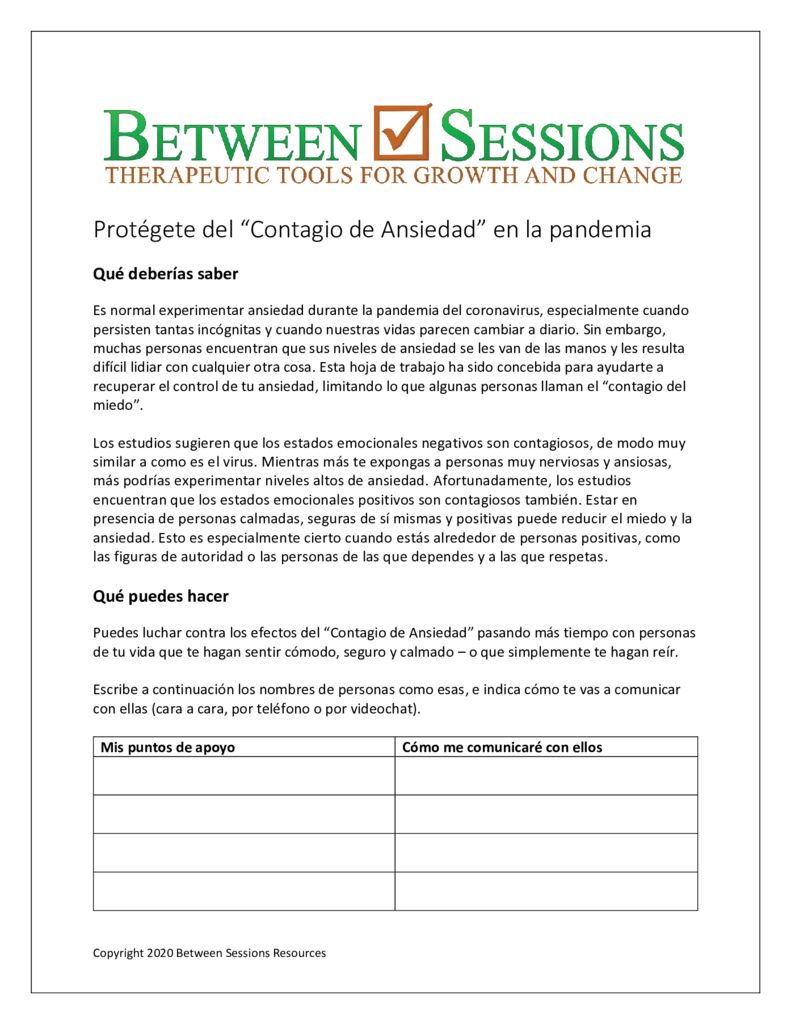 This worksheet is designed to help people dealing with the coronavirus pandemic. It suggests ways to deal with anxiety and approach problems in a positive fashion. (0420) 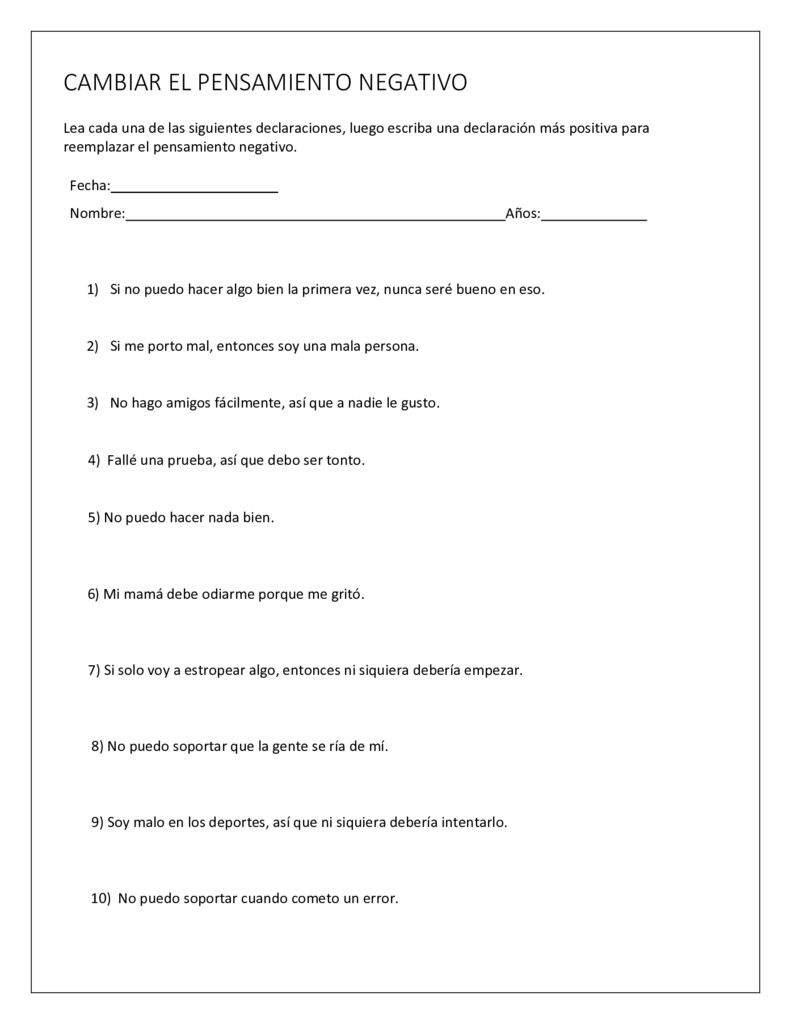 These coping cards can be used by people who want to replace negative behaviors with positive ones. A useful technique to help in breaking negative habits. (0221) 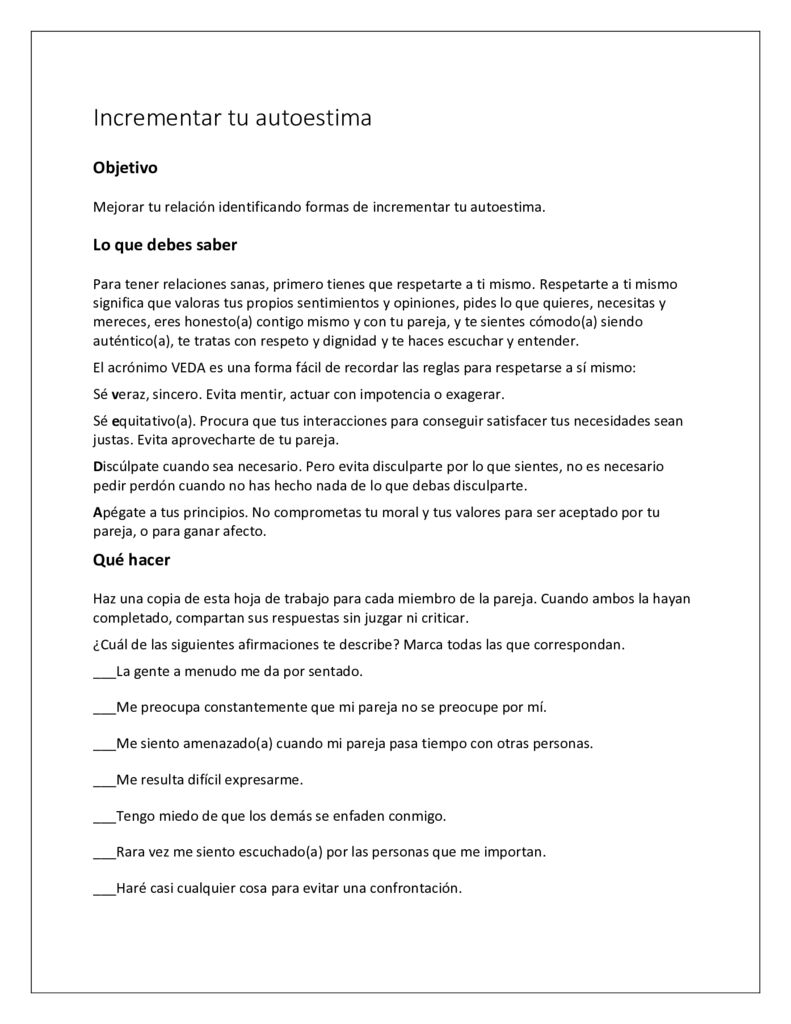 Keeping Your Self-Respect in Conflicts using the FAST Technique (Spanish)

This technique is designed to help people increase their ability to have positive outcomes in conflicts with others. The FAIR technique is an acronym for: be Fair; use no Apologies; Stick to your values, be Truthful. The worksheet asks people to consider how they have handled conflicts in the past and to what extent their have compromised their values so that their self-respect was diminished. It asks them to practice the FAIR technique and record the outcomes and how they felt about themselves. This technique is adapted from DBT therapy. (DBT, interpersonal effectiveness, compromise, conflict, relationships, 1020) 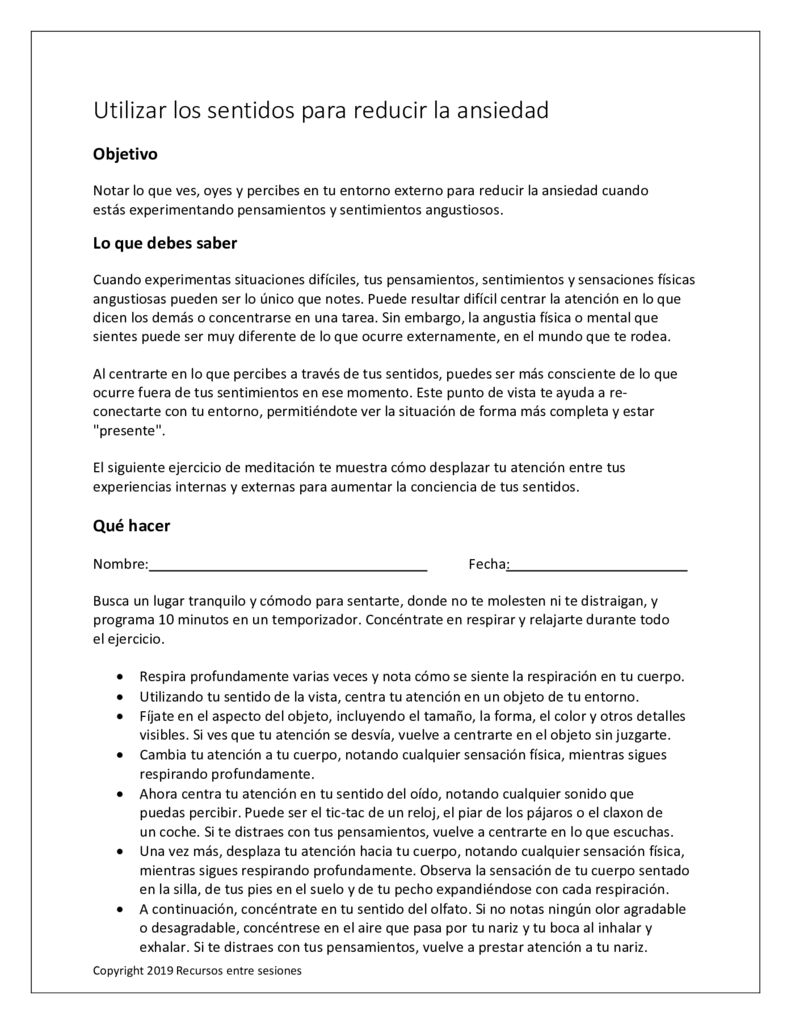 This worksheet is designed to help people deal with overwhelming emotions, depersonalization, and derealization. It directs people to pay attention to sensory input as a way of becoming grounded and feeling in control. (Bipolar Disorder, grounding, emotional regulation, DBT, 1119) 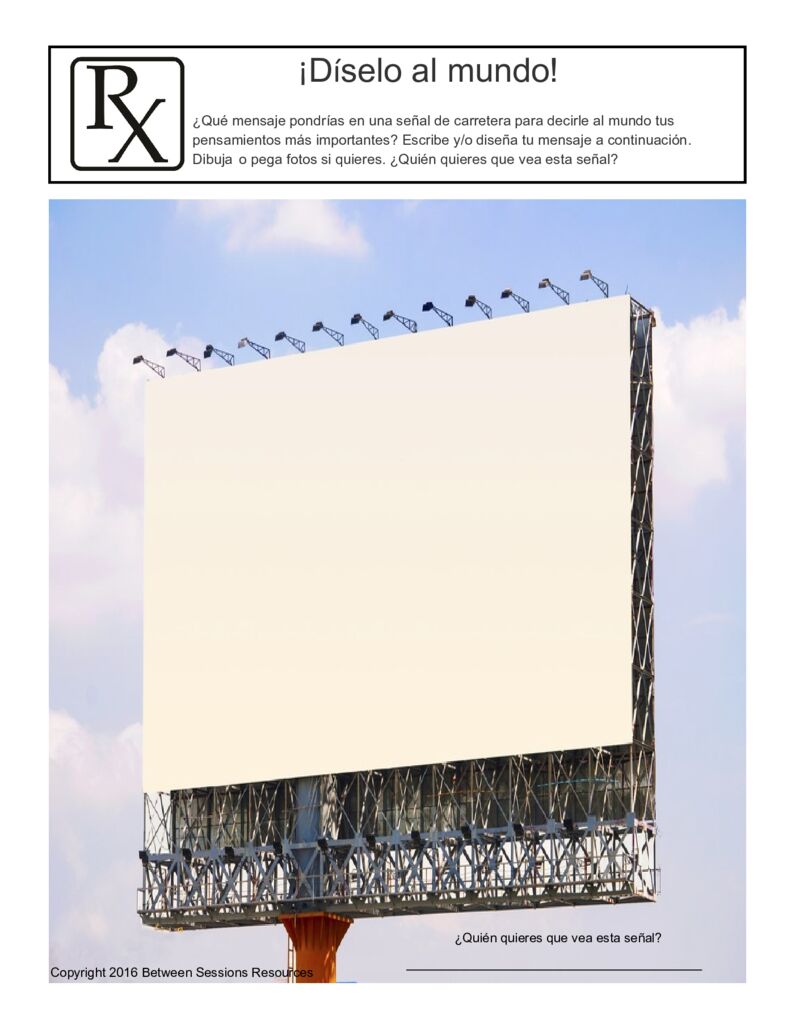 This worksheet is designed to help people think about what is really important for them to communicate to others. It asks people to design a billboard for the world to see and to identify one specific person they want to read it 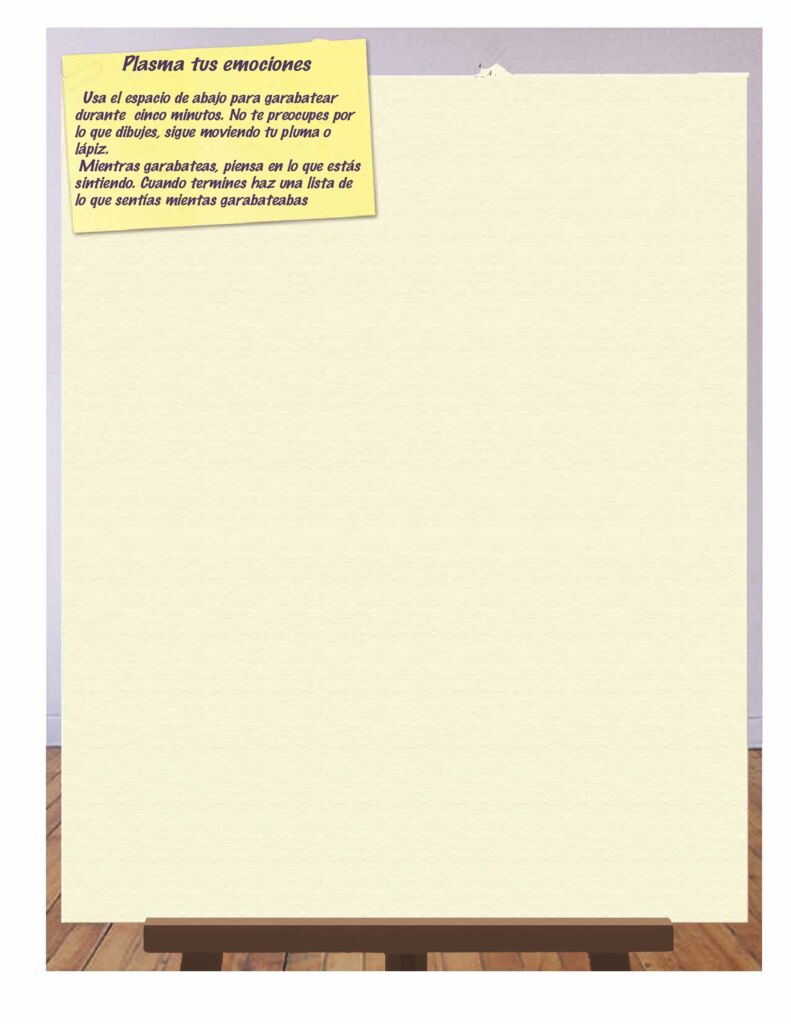 This simple assignment can help people get in touch with their feelings.